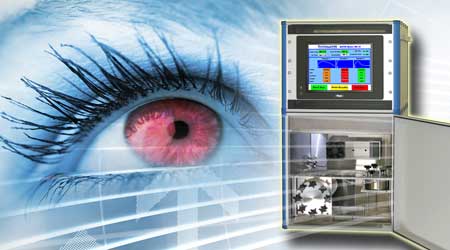 The most important property regarding eye health and comfort is probably not, as many adverts seem to imply, just having a high moisture content in the lens, but it is more related to the lens' vapour permeability – and in particular the Oxygen (O2) vapour permeability of the material used in its manufacture.

As the cornea is made from non-vascular tissue, it uses oxygen from the atmosphere in its metabolic processes. Lack of oxygen vapour can lead to corneal edema and compromise the eye's natural defence mechanisms.  Oxygen depletion, caused by a barrier such as a contact lens, can cause several corneal problems including swelling, limbal redness, epithelial thinning and microcysts.    Comfort and wearing time depend critically on oxygen permeability.  And even when they are more permeable rigid lenses almost always take people a little longer to adjust to than soft lenses.

Over recent years lens manufacturers and academics, have spent considerable time and efforts in improving lenses - and at the heart of all of this work is the seemingly simple task of measuring oxygen vapour permeability.

There are two standard methods for the determination of oxygen permeability according to ISO standard 18369-4:2006(E) Ophthalmic optics — Contact lenses. The polarographic method and the coulometric method.  The standard also states that "There are other techniques of measuring oxygen permeability, and variations upon the standardized methods, that may be used if shown to give results after calibration equivalent to those derived from a standardized method". 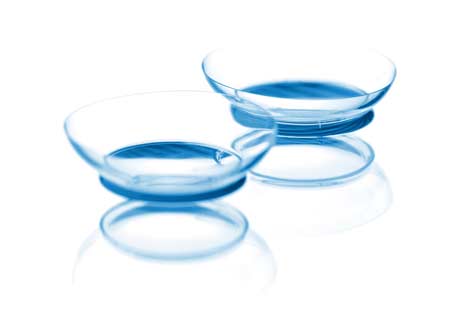 The Versaperm consultancy and lab service offers both methods of testing.

Soft lenses, are immediately comfortable to the wearer and are made with hydrogels which are gel-like water-containing plastic. They conform to the front of the eye and are very thin and pliable. These lenses have a range of vapour permeabilities.
Silicone hydrogel lenses are the most popular and contact lenses.  Importantly silicone hydrogel lenses allow a level of oxygen to reach the cornea, some are now comparable to RGP lenses for oxygen transmission.

PMMA lenses are somewhat old-fashioned and are far less common than they used to be.  They are formed from polymethyl methacrylate (PMMA), this the same rigid, transparent plastic material used in shatterproof windows. Although these contact lenses provide an excellent optical performance they are largely impermeable to oxygen and prevent it passing freely through the lens.  Thus, the only oxygen to reach the cornea comes from tears that are forced under the lens as the wearer blinks.

Gas permeable lenses are not as hard as the old PPMA contact lenses but are more rigid than plain soft gels. Although they feel like PMMA they are more comfortable and are both more porous and oxygen vapour permeable.  They were designed to keep the cornea healthy and offer sharper vision than the soft and silicone hydrogel lenses. It usually takes a few days for your eyes to adjust to these O2 permeable lenses but most people find them as comfortable as hydrogel contacts.

Hybrid contact lenses have a rigid oxygen vapour permeable central zone encircled by a ring of either hydrogel or silicone hydrogel.  They were designed as a hybrid to offer the wear-ability of silicone hydrogel lenses together with the optical clarity of RGP lenses. They can be hard to fit and are more costly than the alternatives.

RGP lenses provide better vision, durability and deposit resistance than soft contact lenses. However, as they last longer they tend to be less expensive over time.

The oxygen permeability of a contact lens has a direct influence on both corneal wellbeing and wear-ability, which in turn has led directly to a significant increase in the level of gas permeability testing.  A more comfortable and health product tends to translate directly into sales.

The polarographic method of vapour permeability measurements for contact lenses

The polarographic method effectively counts measures the number of oxygen molecules that pass through a contact lens by electrochemically removing the molecules from solution as soon as they pass through the material.

Basically the contact lens is fixed over a sensor / electrode which has been wetted with a buffer solution, the buffer solution is then also floated over the top.  As a molecule of oxygen emerges from the contact lens material, it reaches the centre electrode (cathode) of the oxygen sensor and is changed into four hydroxyl ions. These ions form an electric current that is directly proportional to the number of molecules removed and this is measured by the apparatus.

The current relates is a function of the vapour permeability which can then be calculated and displayed.

This method is subject to two main errors which can be quite large and require corrections to be made to the result based on a complex theoretical understanding – edge effects, where the oxygen does not diffuse perpendicularly through the edge of the lens and boundary effects caused by artefacts close to the lens' surface

The coulometric method of vapour permeability measurements for contact lenses

The coulometric method is designed to measure the oxygen permeability of rigid and non-hydrogel flexible contact lens materials by using a coulometric oxygen sensor.  It can be used directly on both the contact lenses themselves or on samples of a lens' material. 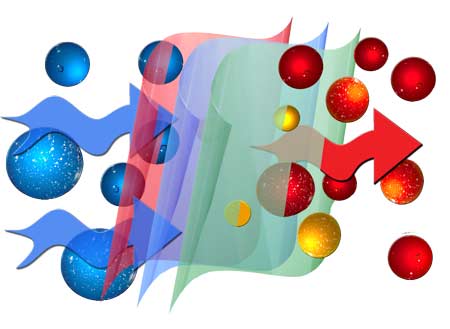 he coulometric method is applicable to determining oxygen transmissibility of rigid and non-hydrogel soft contact lenses that can incorporate various refractive powers (e.g. bifocals) and radially symmetric lens geometries. It is also applicable for contact lens materials in the form of standardized test samples.

With this technique the contact lens is fixed with one side exposed to a gas mixture at eye temperature (35 °C) and an inert carrier gas, initially oxygen-free, is made to flow across the reverse with the lens or lens material acting as a barrier between the two.  Any oxygen from one side of the gas that permeates through this barrier is swept up by the inert carrier gas and directed to a coulometric sensor – which, based on Faraday's Law, creates a current exactly proportional to the concentration of oxygen flowing past the detector. From this the oxygen vapour permeability of the lens or lens material can be calculated with great precision, especially as it is not subject to the complex edge effect problems faced by the alternate polarographic method.

Contact lenses can loosely be traced back some 500 years to Leonardo da Vinci who reported that you see things differently if your face is immersed in water.

In 1801,  the scientist Thomas Young (also known as the last man who knew everything!) described a neutralizing surface for the cornea that was the forerunner of contact lenses and  Sir John Herschel, President of the Royal Astronomical Society, wrote an opinion that corneal contact lenses were, in fact, optically feasible.

Then in 1888 Adolph Fick started testing-glass shells on rabbit's eyes (and then on himself) with the idea of shaping the eye to improve vision.  In 1889 August Muller published research on experiments with glass discs aimed at improving vision - sadly he found that violent pain kicked in after about a half an hour!

The first plastic contact lens was introduced shortly before World War II, with soft lenses following on forty years later and disposable lenses a decade after that.

Today well over a hundred millions of people wear contact lenses every day for a wide variety of reasons and conditions.  Every one of them should realise that it is, at least in part, advances in oxygen permeability and vapour permeability measurement that has made contact lenses no longer a sight for sore eyes!