The Air Permeability of Window Seals and Double Glazed Units

The Air Permeability and weather performance of windows is traditionally classified to reference to BS 6375-1:2004. Because of the current trend towards high rise buildings BS 6375-1 approved window systems are now being specified in more exposed situations than has been the case in the past. 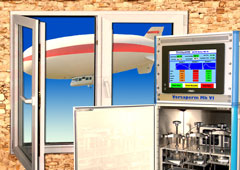 Additionally several window manufacturing companies are also testing their windows to BS EN curtain walling standards so they can be used either as individual windows or as opening lights in external curtain walling systems.

The air permeability differ somewhat between these two (and indeed, other relevant) standards particularly at the higher design pressures which apply to high-exposure sites. BS 6375-1 and EN 12207:2000 (the European standard) are less significant for water tightness and structural resistance to wind. 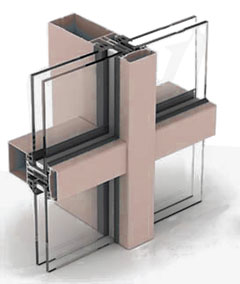 There are several standards that relate to the Air Permeability and weatherproofing of windows and double and triple glazed units. These include:-

Windows & Doors, Classification for weather tightness and guidance on selection and specification BS 6375-1

For systemised building envelopes the standard is CWCT Standard:2006

BS 6375-1:2004 : Measures the air leakage of the overall area of the window, and the air leakage along the total length of the opening joint, at the specified test pressure.

BS EN 12152:2002 : Only covers fixed panels/lights and sets two acceptable air leakage rates, one by area and one by joint length but with compliance required for both criteria at the specified test pressure.

CWCT Standard:2006 : This refers to BS EN 12152, and uses the same permissible air leakage rate of 1.5m3/hr/m2 (i.e. by area) for fixed lights and introduces a CWCT-specific requirement of 2.0 m3/hr/lin.m (i.e. by length of opening joint) for opening lights.